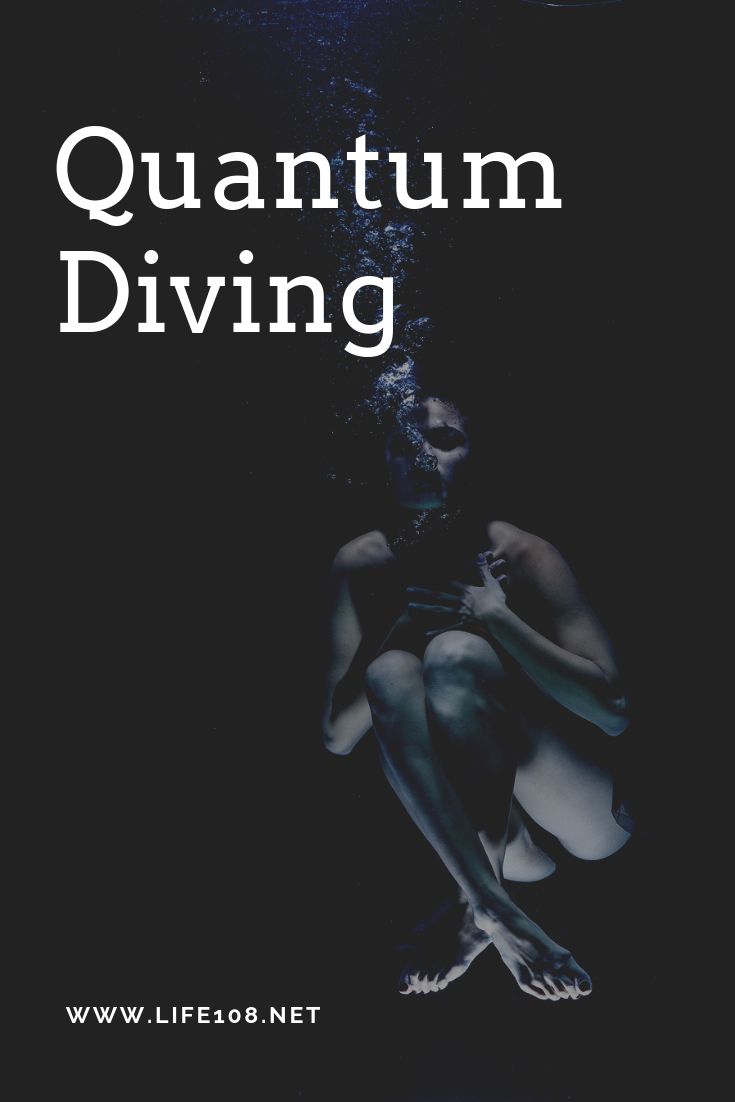 I’ve often used this analogy to describe what it means to be a witch and use magic. I’m sometimes asked if witches can fly, turn people into toads, make fireballs and other typical Hollywood special effects… to which I usually nod and say, “Of course, can’t you?”

But when I get a serious inquiry, I answer more seriously… though it starts off sounding like a joke. It goes like this…

A witch and a muggle stand on the edge of a cliff.

The muggle stands back, afraid of falling that 50 feet or so into the water down there with all those rocks and foaming surf. That is, until someone or something pushes the muggle over the edge. Then gravity takes over. They kick their feet, wave their arms, thrash and flail about, trying desperately to keep from breaking their neck. They are in pure reaction mode with little or no control over the situation, and probably screaming all the way down until they hit the water, hopefully without hitting the rocks first. When they hit the water, they obviously get wet, and if they’re still alive, try swimming back to shore.

The witch on the other hand, looks over the edge of the cliff, is just as afraid, and just as wary of the rocks, but rather than waiting to be pushed off, the witch decides to jump. Again, gravity takes over. The witch can’t stop falling, or slow it down in any way. The witch can’t bounce harmlessly off a rock if unfortunate enough to hit one. The witch still gets wet in the water, and yes, will have to swim to shore. The difference is, the witch is in control the whole time. You see, when a muggle waits for things to happen before they take action, they are waiting at the top of the cliff to be pushed off. Fate will do that… every time. Nothing stays the same forever, and things will change. It’s inevitable. When the push happens, they can only react, and hope for the best until they land in the water. This is how most people go through life. They react to events, and try to survive.

Some are lucky enough to make the fall look graceful, or even land on their feet, but many don’t manage it so well. They fall, they panic, and they land. But witches don’t sit around waiting for fate to push them off. Rather than falling, and going into ‘reaction mode’, the witch jumps and has control over when to jump, how to jump, where to land, etc… The witch is subject to the same universal laws of gravity, but chooses to use a conscious decision rather than blind luck to decide the outcome. To the casual observer, the result looks uncanny… supernatural… magical! But to a witch, it’s just a decision to jump instead of fall.

Tags: are you a witch?, jump with control, magic, muggles and witches, witchcraft

Lliam S. Herneson AKA: The Quantum Witch Solitary Witch, Runemaster, Tarot Artist, Reader, Author, and IT Professional. As both an IT Professional with a BSIT Degree, and a Solitary Witch, Lliam has spent many years at the crossroads of science and mysticism. While many think science and magic are polar opposites, Lliam assures you, they’re not. He call himself ‘The Quantum Witch’ because he views magic in the same terms that Carl Sagan once noted… “Magic is just science we don’t understand yet”. We have so much to learn about this universe we live in, that most of the ‘unexplained’ phenomena are simply things we have yet to understand. We might think of them as magical or metaphysical in nature, but in reality he thinks it can all be explained… once we have a better understanding of what it is we are witnessing. https://www.facebook.com/QuantumWitch

Soul Dialogue, Dreaming Realities and the significance of ‘I am’

This site uses Akismet to reduce spam. Learn how your comment data is processed.