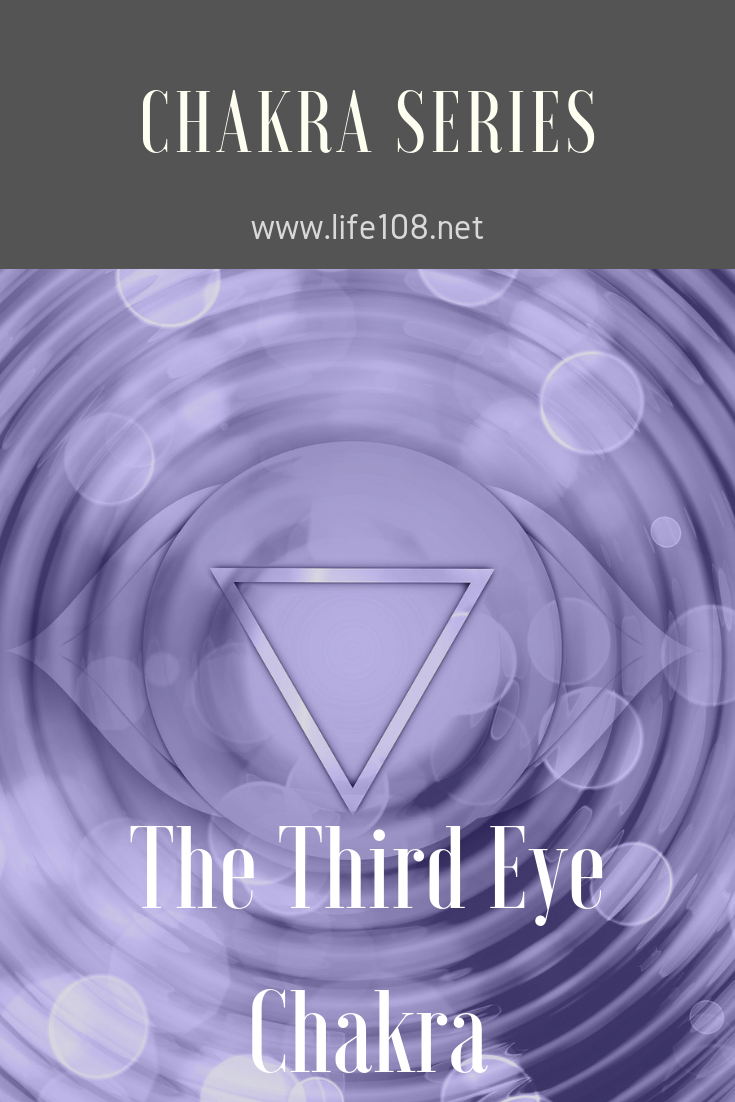 The Third Eye chakra gets a lot of play.  It is mysterious to a lot of people.  Ever since it opened, it has been my best friend.  I have had no troubles that my Third Eye was not there for me. My third eye has been the part of my life that – some say has foreseen, some say has taken –  the information and put the pieces together and understood it.  Regardless, opening it has opened a part of me that allows me to access a wisdom that understands both parts of myself.  Creative and logical, at the same time.  I truly believe this is what most of the world does not understand about this important system.  It can get way out of control and overstimulated into believing that everything is a symbol, and everything is important.  It can be under-stimulated and crave information, be simply bored, indifferent, and dissociative.  When the Third Eye comes into balance, it is wise.  It feels its own intuition, and discerns easily and naturally. I first began feeling healed by listening, and then, one specific moment in time, I saw and heard Everything, for the first time.  It rushed through me, a sacred Light and the Darkness too.  It was a lot for me, and fortunately I was being supported during this first awakening moment by a mentor.

Unlike an ultimate realisation of conscious connection, I felt literally in tune with everyone and everything, and able to listen to the cosmos.  By this first dipping into the stream of universal energy, I was overwhelmed.  But now, it has become a touchstone in my daily life. While dreams and foresights and synchronicities and alignments began to line up, I began to slowly understand that the universe shows us possibilities, while we interpret them.  Sometimes rather playfully.

We are not bound to the universe’s truth, but we are bound by our own egos.  On the path to releasing the ego, we find out that controlling a situation or others is not our business.  And that is how discernment and wisdom come into being, once that anxiety is also released. I began to realise that my place is not to dictate answers to people or even to advise them.  It is to help them on their way, should they so request.  Often, it can feel like a sudden rush of information, and either the need to share or the desire to help can overcome empaths out there.  I began to curb both impulses, in favour of keeping my energy focused.  In turn, funnily enough, clarity began to appear.

I went to the optometrist and my prescription improved more than 100 pts.  And I have seen exactly what I need to do, in the next six months or so.  Which has happened in the span of about a week.  Perhaps the mind and body and spirit can heal each other, but which begins which?

I don’t advocate attempting this, or blaming a patient, but rather looking at the big picture.  Provide opportunities for yourself to strive for your personal best in each moment. I have a sangha mate in one of my meditation groups.  We still keep in touch with him, though he has moved to NYC for treatment.  He has a potentially terminal illness, but he is not letting this stop his interaction with the group.  He introduced his young nephew to meditation to help clear his Third Eye, to decide upon a school.  Doing so helped a family member, and is giving him spiritual peace.  Acts like this show spirit and fortitude, rather than allowing himself to lose faith in himself, and hope, and love for others.  What matters is what matters now. The past and the future are memories of our universe, and echoes of our different selves. Everything  we are and ever have been, could have been, ever wanted to be, will be, want to be, hope for, dreamed of, desire, do not want, it is all in us.  And so, focusing ourselves on the present moment is the only thing to do.  Because anything else is like listening to a gossipy person. Simply letting go and surrendering to the dance of the self is making art as you can, and should, allow yourself.  Without anxiety, and freely.

The next chakra that we will be speaking about is the Crown chakra.

Tell us about your experience with opening and healing your Third Eye chakra in the comments below.

Katherine Wilson is a poet, journalist, dancer, blogger, editor, and a former model. She is currently getting ready to release a book of poetry and a book of gratitudes. What she enjoys most about life is the friends she meets on the path. You can visit her at https://www.facebook.com/Infiniteharmonies/ and at: https://katherineamberwilson.wordpress.com/

Use your spiritual tool kit