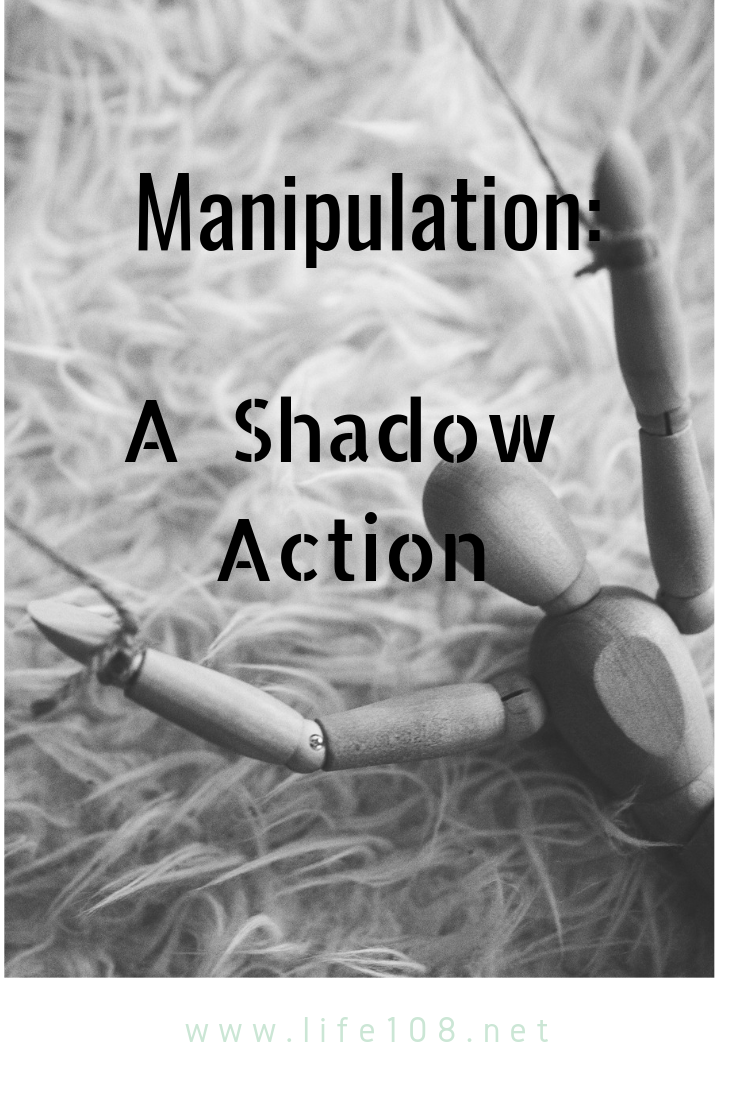 Before I start I would just like to admit that in doing research for this article I did not realize how much we have to deal with different kinds of manipulation every day, and have had to since we were children.

Lets start by identifying what manipulation actually is (because I do not remember this being covered in school).

Manipulation; a type of social influence that aims to change the behaviours or perception of others through abusive, deceptive or underhanded tactics. Let have a look at some verbs used to describe manipulation

You get my drift…

How manipulation has been showing up in our lives.

Let’s talk about why manipulation is something that we have had to deal with since we were children.

If you think about the relationship dynamic that are your parents, they are our first lessons in life on basically everything. Back then it might not have been outright manipulation, but reverse psychology. Perhaps when your father wanted your mother to do something (like cook supper) he would say something like “You are so good at it, your food tastes so much better than mine”.

When playing with a friend that might have been younger than yourself, if you really liked a toy they had but couldn’t ask them if you could have it… or, you know, just take it… cause that would be stealing, you might have said something like “I wish I had a toy like this, it’s so cool” and they would give it to you. Fast forward to your time in school, learning to deal with kids of all kinds, you might have faced peer pressure head on (which, thinking about it now, was our first and probably most important lesson that would set us up for how we would deal with different personalities, and pressures in later life). Think of the times that you felt forced to think something was cool when you didn’t really think it was or were coaxed into doing something bad cause the cool kids did it…. and we all wanted to be cool.

Now you are #adulting and still trying to define yourself, your beliefs and values. In the working world where everyone is different and has varying personalities, morals and values, strengths and weaknesses.

How do you know if you are being manipulated?

I do not believe that everyone that has manipulative tendencies always recognises they are being manipulative. I also think that even if you are a person prone to being manipulated, that you too might be a manipulator in some areas of your life. I do not think that this is something that can always be avoided but, with open and honest communication and self-reflection it is something, that we can improve on. If you experience any of these emotions after a conversation with someone, it might be something you need to reflect on:

What can you do

A common trait that I have noticed about a variety of people that lead happy, balanced lives and never allow themselves to be manipulated…

At work they do not spend all their spare time with one or two people only, they chat to a variety of a people about different topics.

They do not spend every moment in the office. They take a couple minutes of their day to go outside, out of the office.

They don’t just work all day. They talk to people, greet them properly, ask them how they are doing and take an interest in something other than their emails. What if you are the manipulator?

In this world of Facebook quotes about accepting the things we cannot change and not letting anyone dull your sparkle. What if you were to find out that you are actually the one that is manipulating and causing someone else a bit of stress and angst.

Notice the thoughts that you have throughout the day about a certain colleague. Perhaps if you catch yourself feeling a little annoyed of irritated… hey we are human beings, it happens. Think to yourself why you might have those thoughts and notice if it affects the way you speak to them or treat them.

With your partner or a family member we sometimes don’t let our best selves out but instead allow the grumpier, difficult, unprofessional, moody version of ourselves call the shots- because if I can’t be myself with my family then where can I be myself? Again notice who irritates or annoys you or makes you feel a certain kind of way, and which people you are your perfect self around. For myself for example I have noticed that sometimes in different areas of my like I tend to gravitate and give more of myself to people who withhold from me or make me feel like “if they like me then I’m all good.” And tended to not give as much to someone who is overly nice to me or has never said a nasty thing to me. I’m working on it.

Does this resonate with you?

Have you ever noticed that you might be engaging in manipulative behaviour to get someone else to act in a certain way? Tell us in the comments below and sign up for our free self-worth email course below.

Robyn is a yoga teacher and full-time holder of a normal job. She has always felt that there is more to our human condition than what we reveal on the surface and that nothing is black and white. She writes and teaches because she needs to evolve and learn about herself and feels that sometimes we can only do this when we do it for others.

Trust your gut- what your intuition is trying to say to you.

Narcissists and Empaths: Cut from the same cloth?

The Journey of an Empath